How the asphalt gets to our roads 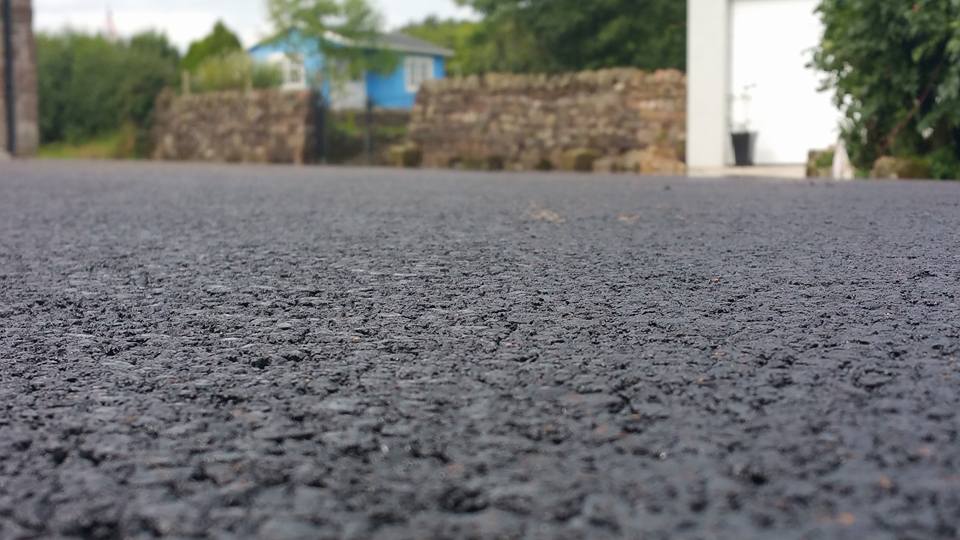 The asphalt we use today to line our streets and avenues is produced from a substance called bitumen. Bitumen has been used for a long time and has been used for centuries to contain leaks in water tanks and to pave roads. It used to be made with tar removed from lakes. The version we use today is different as it is extracted from the refinement of oil. When petroleum is distilled, in large metal towers, different layers of substances are produced.

The lightest ones, such as gas, gasoline, and kerosene, are at the top of the tower. Heavier ones, such as fuel oil and bitumen, are at the bottom. So it is extracted from crude oil. The mixture that we see being poured and sealed in the streets, in the process of paving, is usually obtained by mixing bitumen with sand, stone powder, and gravel.

The proportion of the mixture is generally 5% bitumen to 95% mixture of other materials. The high temperatures are a necessity because of the thickness of the bitumen, being necessary to heat it to be able to mix it with the other materials. These mixtures are carried out at asphalt plants, which can be either fixed or mobile plants.

There is not just one type of asphalt, but several. These distinct types are obtained through different mixtures of materials. And each class corresponds to a different need. A street where many vehicles and heavier vehicles, such as buses and trucks, is going to need a different asphalt than a smaller and lighter moving road.

In addition to knowing the type of road, it is necessary to know if the asphalt is the best way to fit a stretch of road. There are other options, and it is recommended for countries with a tropical climate to use the concrete pavement, which is more resistant to the environment, and that brings more lasting results. In the last couple of decades, a great debate has arisen on the use of urban space. On how to plan cities and how to build them in a way that favors the quality of life of its citizens. Part of that debate is about asphalt – the many roads it is used on today and how it can be used in the future. it also considers the ecological impact of this material, from the way it is produced to its effect on the temperature of cities.

The green future of a black material

One argument for using asphalt is that it is a fully recyclable material. In the United States, for example, when a stretch of road is removed from a lane because it is damaged or unusable, it is sent back to the plant. At the plant, this material is recycled and used to produce new asphalt.

According to the American asphalt industry, 99% of damaged asphalt taken from roads is recycled into new asphalt. This practice is not limited to just the asphalt already used. Old tires can also be recycled for use on fresh pavement. Unused tire scrapings are used in blending the bitumen to produce the rubber asphalt, giving an ecological end to these tires.

Other projects that also think of different ways to make the asphalt less environmentally destructive include capturing the heat absorbed by the road for power generation. This project is developed in the United States and aims to use quartz crystals to perform this conversion of heat into electricity. Spain is investigating how to create and use a particular type of asphalt that is capable of collecting pollutant gases emitted by automobiles, such as nitrogen oxide.

A track from the past to the future

The truth is that asphalt will not leave us anytime soon. The dependence of our modern society on automobiles makes it necessary to have a material capable of paving long stretches of road efficiently, and that is more resistant to damage.

You have Successfully Subscribed!